SEF In the News

SEF Chairman Ben Jealous, who grew up in Baltimore, weighs in on the Freddie Gray case for the New York Daily News:

Last summer's shooting death of Michael Brown by Officer Darren Wilson kicked off a deep and often painful soul-search into the systemic forces that lead police officers to both fear and devalue the lives of black men and women.

Since then, the names of police abuse victims continue scrolling across the evening news: Eric Garner, choked to death on Staten Island; 12-year-old Tamir Rice, gunned down in an Ohio park; Walter Scott, shot in the back in South Carolina, among many others.

Taken together, these cases add up to a damning indictment of the way American police exercise force, particularly against men of color.

Some are quick to write off the protesters and activists, like those who crowded the streets of Baltimore this week, rush to the scene of the latest killing with cardboard signs and chants of "black lives matter." But these frustrated men and women are only driving attention to an issue that has always been there. They are only giving voice to a centuries-old wave of dissatisfaction that is always roiling just under the surface in this country.

As it stands, there is a blunt truth to the recent statement from Gray's family attorney, renowned Baltimore litigator William Murphy, Jr: "The lesson here was that he should have run, and he didn't run fast enough."

Read the full op-ed at the New York Daily News.

By Marvin Randolph
SEF Chairman Ben Jealous joins with former Virginia Secretary of the Commonwealth Janet Kelly, a Republican, to argue that Maryland Governor Larry Hogan should expand the right to vote for formerly incarcerated individuals: 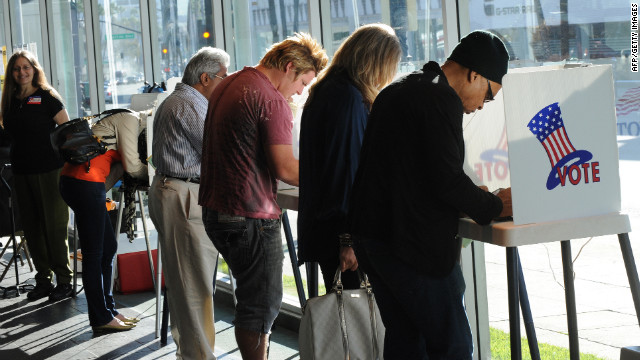 Ending voter suppression ahead of 2016

Over at MSNBC.com, SEF Chairman Ben Jealous and NAACP LDF Deputy Director Ryan Haygood write about the impact of voter suppression laws in 2014:

Ending voter suppression ahead of 2016
MSNBC.com

For far too many Americans, voting became more difficult or, in some cases, impossible in 2014.

In Texas, Imani Clark, a Black state college student and client of the NAACP Legal Defense Fund in the lawsuit that declared Texas’s strict voter ID law unconstitutional, was unable to vote with her student ID as she had in the past. Thousands of other students like Imani were also disenfranchised. In Alabama, a 92-year-old great-grandmother was disfranchised by the secretary of state’s last-minute determination that a photo ID issued by public housing authorities is not acceptable ID for voting. She had previously voted with a utility bill.

These were familiar stories in each of the 14 states with restrictive voting laws that took effect for the first time during this election season. The new laws include strict photo ID requirements, significant reductions to early voting, limits on same-day registration, and more. All had two things in common: They were reactionary responses to changing demographics and had a disproportionate impact on communities of color.

Read the full op-ed at MSNBC.com.

SEF Chairman Ben Jealous appears on Democracy Now! to talk about the more than 40,000 voter registrations that allegedly went missing in Georgia, most of them representing communities of color.

Watch the clip over at Democracy Now! 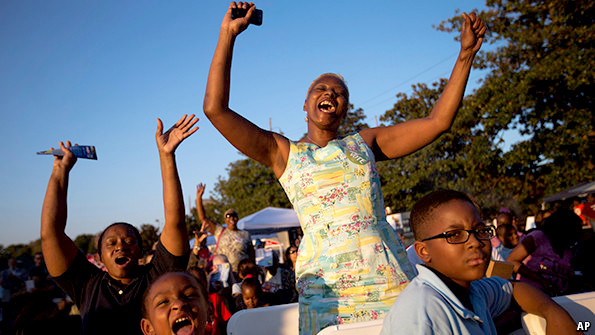 Another chapter in Georgia’s history of voter suppression

Another chapter in Georgia's history of voter suppression
Atlanta Journal-Constitution

Charles Weltner was a hero of the civil rights era. A white Democrat, he served in Congress during the early 1960s and was the only Georgian who supported the 1964 Civil Rights Act. In 1966, he chose to resign rather than support the Democratic Party’s candidate for governor, segregationist Lester Maddox.

When Weltner was up for reelection in 1962, many wanted to see him go. I remember being at an Atlanta polling place in 1962 as a SNCC activist and seeing one response from his enemies. They hired white men dressed as armed police officers to patrol polling places where Black voters were expected to vote, most likely for Congressman Weltner. The pseudo-cops didn’t physically threaten anyone, but they were clearly there to frighten away black voters.

Weltner came to mind when I heard that Georgia Secretary of State Brian Kemp had issued a subpoena to the New Georgia Project, the nonpartisan, nonprofit organization that is closing the racial gap in voter registration in Georgia.

Read the full article in The Atlanta Journal-Constitution.

...No one expects a midterm turnout to approach that of a presidential year, which generates more excitement and interest. For decades, turnout rates in midterms have been 10 or more percentage points below those of presidential elections. Democrats say their focus group interviews show that two-thirds of those not planning to vote this year don’t even know that an election is being held. And voters historically turn against the party of the president elected two years before.

But there are ways to increase voter participation this year, and some are being tested on a broad scale:

BIG REGISTRATION DRIVES Georgia, where a highly competitive Senate race is taking place, has about 900,000 black, Hispanic and Asian residents who are eligible to vote but are unregistered. Getting even a fifth of them to the polls could make a major difference. (Mr. Obama lost the state by 205,000 votes in 2008.) The New Georgia Project, an effort to register hundreds of thousands of minorities, young people and single women, has already put 85,000 new names on the registration lists. This has infuriated Republicans, including the highly partisan secretary of state, Brian Kemp, who has accused the group of fraud and begun a trumped-up investigation.

Read the full editorial at The New York Times.

The “why” is easy to answer: Georgia has roughly 700,000 unregistered black voters. If Democrats could cut that number by less than a third—and bring nearly 200,000 likely Democrats to the polls—they would turn a red state purple, and land a major blow to the national Republican Party. Or, as Michelle Obama said during a campaign rally on Monday, “If just 50 Democratic voters per precinct who didn’t vote in 2010 get out and vote this November—just 50 per precinct—then Michelle Nunn and Jason Carter will win.” Given 2,727 precincts in Georgia, that’s just 136,350 new voters.

Read the full article at Slate.

Syndicated Chicago Tribune columnist Clarence Page writes a commentary on the Southern Elections Foundation's report, "True South", in a column that was picked up nationwide:

...Much has changed for the better in the South and elsewhere. Dozens of blacks and other nonwhites from both parties have been elected to political offices for which they earlier would not have been allowed to cast votes.

Yet there has been some slippage in those voting numbers in recent years, say movement veterans who will be gathering at the "Freedom 50" conference with younger activists this month in Jackson, Miss.

A new report released in conjunction with the conference by the Center for American Progress, a liberal-leaning Washington, D.C.-based think tank, tallies how voter registration rates for minorities in the South still lag behind those of whites, even though there are more than enough unregistered nonwhites to shift the balance in many statewide elections.

"Registering just 30 percent of unregistered black voters would yield enough new voters to upset the balance of power in North Carolina and Virginia in a presidential or midterm election year," the report's author, former NAACP President Benjamin Jealous, now a senior fellow at the center, said in a telephone interview.

Read the full column at the Chicago Tribune.

How to Break the GOP’s Grip on the South

How to Break the GOP’s Grip on the South
Newsweek

In May, Democratic strategist Tharon Johnson of Georgia had strong words for his party’s efforts to elect Democrat Michelle Nunn as the next senator from the Peach State: In brief, register unregistered voters.

According to a new report by Benjamin Jealous, former head of the NAACP and now a senior fellow at the liberal Center for American Progress, Democrats could make serious gains in the South if they register some of the many millions of unregistered black, Hispanics and Asians, and then get those new voters to the polls on Election Day.

Read the full article at Newsweek.